I read a LinkedIn article by a previous director of mine at the weekend and found out she has been awarded a CBE for services to pensions. How amazing is that? I just cannot stop thinking about it and cannot begin to imagine how she must feel at receiving such an accolade. Every time I think about it I just smile … what an achievement!

Now, Michelle is one of the reasons that I have pushed myself so hard in my career to get to where I am now and to where I will get to in the future. I am also a strong-willed individual (as you might have already gathered!) who does not take no for an answer and I believe that, however cliche, “every day is a school day” and “what doesn’t kill you makes you stronger”. (Thanks Kelly Clarkson for the song lyrics!!)

The realisation this weekend is that my ladder for achievement just got an awful lot higher!! An accolade on the Queens Birthday or New Years Honours List; now that had never been on the horizon!! Maybe I shouldn’t take it so literally but why limit myself? Why not look to achieve as someone else has?

If I had to pick my mentor for my career, it would be Michelle. I have told lots of people that over the years. Women in finance are still limited in numbers; and those at a high level even more so. It is something I have felt strongly about for years and want to help change that. It is sluggish progress and the relatively recent Treasury Committee report confirmed that companies need to set out how they will support women in their career progression. The culture in the financial services industry can still be a “turn off” for women.

I have just read that back and it sounds “oh so serious”!! Sorry – that’s my soapbox spouting over – it’s one of my passions I’m afraid. Women need to get themselves heard and in a good way in the workplace and particularly in my industry.

The illnesses, the setbacks – they could make me stop but they don’t. I now potentially have an even bigger goal … making my mark and achieving beyond more than I originally had planned! Who knows? Who knows what life has planned? I’m sure if I asked Michelle 12 years ago if this was in her goals, I doubt it would have been.

We all have it in us to be what we want to be. We just have to believe and work hard to achieve it. Sitting back and doing nothing gets you nowhere.

So, slip on those positive pants, get yourself out there and show them what you’re made of!

And as per the Noticeboard on the way into my children’s school last week:

Obstacles don’t have to stop you. If you run into a wall, don’t turn around and give up. Figure out a way to climb it, go through it or work around it. 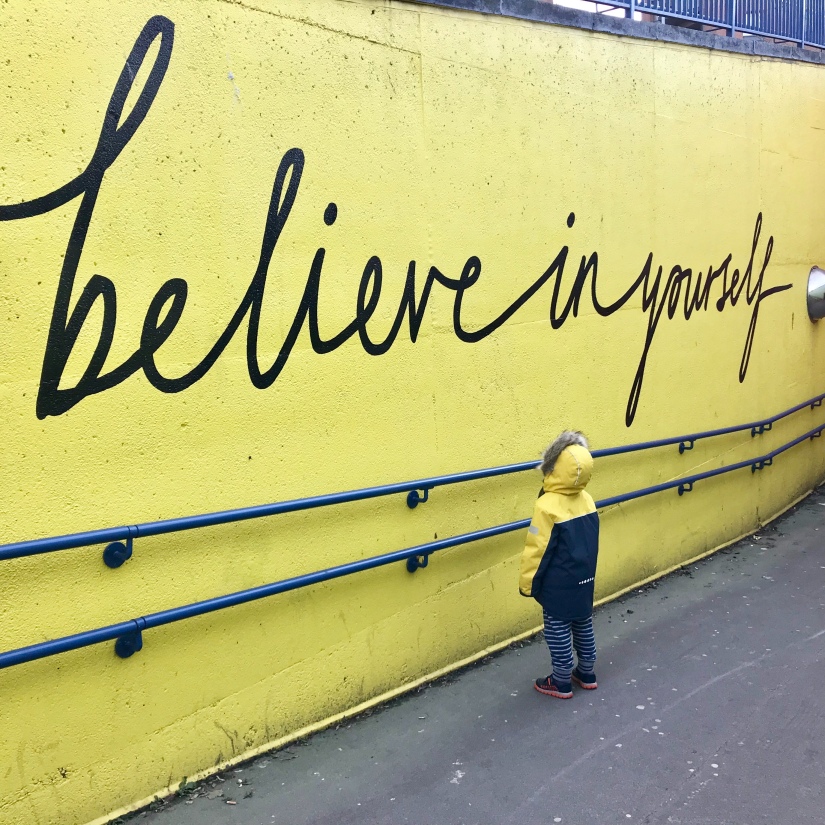 View all posts by Kirsty T

4 thoughts on “The strive to achieve”